BACK IN THE BEGINNING?

Not many know that Kerbside Recycling started a long time ago here in Australia.

There were actually kerbside collections occurring in Australia as early as the 1940’s, back in the horse and cart days, well before the mechanised systems of today.

The collections were for paper and cardboard. It was a voluntary scheme run by Australian Paper Manufacturers (APM, Now Orora), where calendars were provided to households inviting them to participate and advising them of the nominated collection days.

There were many benefits, including employment of collectors, the walkers delivering collection cards, as well as providing valuable feedstock for the old APM at the time.

Then as we approached the 1980’ s and 1990’ s kerbside got underway and in a big way, with Local Governments providing services to households. Back then households typically placed paper and cardboard on the kerbside tied up and/or contained with a spare brick, then with a sack alongside containing bottles and cans. WAS THE INTRODUCTION OF THE SINGLE RECYCLING BIN A GOOD THING?

There were in fact many positives that came from its introduction:

However, there was also the one considerable negative, which directly relates to the current Recycling crisis of today. In simple terms:

WHOSE FAULT IS THE CHINA CRISIS?

I won’ t go into long winded details here, as it has been and will continue to be covered a lot in the media.

For those unaware, essentially China has been taking the lion share of the world’ s excess recyclables, including our own excess volumes for 2 decades.

And they have now had enough of buying recyclables at high cost, containing excess contamination, then being left with the burden of management and disposal of that contamination.

What we must understand and remember is as follows:

And now China has mandated that recyclables containing greater than 0.5% contamination are banned. The big issue for Australia and the world is under the current one bin system, this new quality requirement will never realistically be achieved.

IS THE CURRENT SINGLE KERBSIDE RECYCLING BIN A GOOD THING?

I have spent a lot of my life in the paper recycling and paper manufacturing industries, therefore may be a little biased, however will share my views.

Personally, I had mixed emotions when the single recycling bin rolled out across the country all those years ago.

I loved the fact it was much safer, that recycling volumes went through the roof and yes it was more convenient.

However from a paper making, paper recycling perspective it was game changing and not in a good way, for many reasons with the following are a few that come to mind: 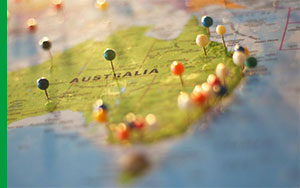 WHERE TO FROM HERE?

If only I had a dollar for every time I have been asked the question lately…!

This is a really complex issue. However my view is that with any such complex matters it is best to break them down and simplify them.

We have a problem that is not isolated to Australia, it is global and it is not going away any time soon.

If we had a blank canvas and we were looking to start kerbside recycling again tomorrow, what should or could it look like?

I am not going to try and suggest I have all the answers.

I do however firmly believe that paper and cardboard should be collected separately again, just like in the old horse and cart days in the 1940’ s and beyond and when we also first started getting serious in the 1980’ s and 1990’ s, before the one bin system.

Paper and cardboard represent the large proportion of recovered recyclables (>50%)

A few simple thoughts for consideration, if we were to reset and start again: Could we add an additional paper and cardboard bin?

Then instead of a typical fortnightly one commingled recycling bin collection, could we have a paper & cardboard bin collected every 4 weeks and keep the other bin for bottles, cans and containers bin collected each 4 weeks also (on opposing fortnights). 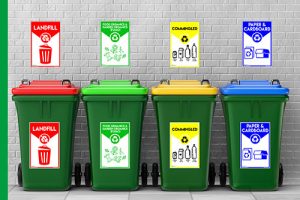 And whilst we are looking at a fresh start, could we not then implement a 4th bin which is already making its way into some Council areas across Australia. FOGO, Food Organics and Green Organics

These changes will maintain recyclables recovered, improve quality and saleability, as well as then also diverting green and organic materials from landfill for a much needed purpose with working examples already in play already. THERE IS NO BETTER TIME IN THE RECYCLING INDUSTRY THAN NOW TO MAKE LONG TERM AND SUSTAINABLE CHANGES.

In a way we had lost our way over the last 2 decades, with the ease and convenience of sending material to China, the way we have been doing.

It is the right time to address the core issues and not simply hope that the next quick fix is just around the corner.

Kerbside Council contracts are complex. They are long term in nature due to the required investment in Fleet (Collection Trucks) and Sortation Infrastructure (Sorting facilities), which are generally with one provider for both requirements or can be with multiple providers.

However these are challenging times. They should be embraced by all stakeholders to work together, challenge the status quo and with the aim of developing long term sustainable solutions.

Importantly, we should also see the future of contracts to be reflective of best practice and more flexible to meet prevailing market trends. This will ensure we best insulate for when the next rapid market decline occurs, which it will, as history shows as we last experienced during the Asian Financial Crisis in 1997 and again during the Global Financial Crisis in 2008 and again today with the changes in China.